Recordings of the orientation session held on 30/July/2021

This course aims to use SageMath, a Python based free and open source computer algebra system (CAS) to explore concepts in Calculus, Applied Linear Algebra and Numerical Methods. The course will begin with the introduction of basic Python programming language, followed by a quick introduction to SageMath, Plotting 2D and 3D objects. The main focus will be on using SageMath to explore topics in Calculus, Applied Linear Algebra, Numerical Methods and several applications.

Sagemath, a open-source python based software replacement for mathlab, is used widely in many engineering applications including aerospace, mechanical, Chemical technology, etc., for modelling, and data analytics.

Sage: It is a free open-source mathematics software system licensed under the GPL. It builds on top of many existing open-source packages: NumPy, SciPy, matplotlib, Sympy, Maxima, GAP, FLINT, R and many more.

Sage is compiled from open source components; at its heart, Sage is a customized implementation of the Python programming language, wrapped around several open source mathematical programs. Sage is free to install and customize. You can always add another module to Sage's installation.

Matlab is sold by MathWorks. Pricing works on a per seat license model to install the software, and an annual renewal fee which is significantly lower, typically under a tenth of the cost of the original license. Academic licenses start at $3,000 per license per year, and student licenses have an annual fee that varies from year to year added on to the academic license fee. Commercial licenses start at $4,000 per year.

Matlab code, once written, is baroque and hard to understand after you've set it aside for a few months.

Sage, with its built in Python scripting language, has all of Python's advantages for writing readable, clear, easy to understand code. Both programming interfaces have interactive interpreters, which allow you to type expressions, hit "Enter," and see the result.

This course is mainly tailored for Students and Professionals, who like to strengthen their skills in Mathematical modelling using Sagemath in context to industry requirements.

Undergraduate students of Mathematics, Electrical, Mechanical, Chemical and other core branches of engineering and Science.

Professionals who like to learn Sagemath functionalities for better career options.

Weeks marked with * are only for FULL course registrants.

FAQ
Is there any pre-requisite for this Course?

Will I get a certificate for this Course?

If you are registered only for the Course, then you will get the Course Participation Certificate.

Will I get access to the video of this Course?

Yes. You will get access to the video of this live interactive course lectures, which will be made available for a year.

At the end of every week, the video lectures of the course lecture will be uploaded.

GradsKey Courses are ideal for learning the subject matter keeping in mind the Industry requirements and competitiveness. The GradsKey Mentorship and Assessment programs are aimed to prepare you well before facing interviews.

And in-house promotional interviews, solving practises with solutions, mock-interviews, mentorship by Industry Experts are part of the Mentorship and Assessment program.

Whereas, the Course (with only lectures) is purely for learning, without much emphasis for practising.

Eligible Candidates get into the 'curated pool' only after mentorship / assessment program rounds. The Curated pool candidates are referred to hiring companies in GradsKey network for Jobs, pre-placement options, and for Internships.

How does the auto plan upgrade/downgrade happen?

Plan upgrade happens based on your performance on the outcome of the courses and mentorship programs. Say if you are one of the top 10% of the performers, then automatically your plan would get upgraded to the next level for free of the cost. 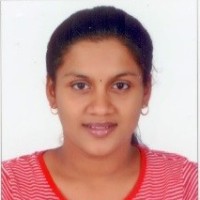 My personal experience with SageMath: I was able to do everything I'd done with MATLAB, only better! The developers of the opensource-libraries which SageMath is using are really to be appreciated for their great work. SageMath is easy to use and very powerful. SageMath motivated me to make the step from MATLAB, C and other programming languages to python."